Do you present mean velocity for Olympic lifts?

This question is a tricky one to answer and we get it a lot. In the below article, we will do our best to explain. You can always reach out to contact@perch.fit for more info.

Depending on how your clean (or other Olympic movements) “looks” on a given rep, the “pull” portion of the movement may include one or both of the actual pull and catch / stand up portions of the movement.

This has nothing to do with technique, but everything to do with both fatigue and how much weight is on the bar. As you do a set and fatigue, the reps will start to change “shape” in bar path and with mean velocity you may start to get wildly different numbers on the screen for very slightly “different” reps.

Here are a few examples of how these reps may differ. 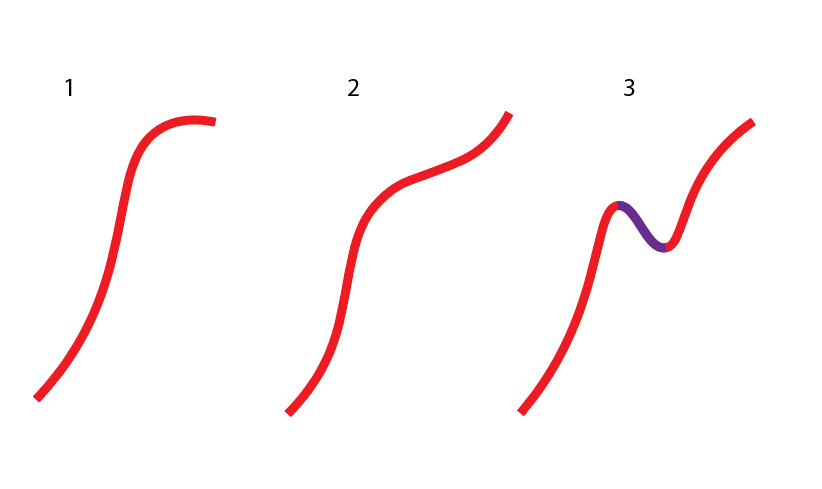 Each of the following vertical bar paths represent a hang clean (y-axis is vertical displacement, x-axis represents time). From left to right:

The problem is best illustrated if you consider each of these three reps as being part of the same set. Since the athlete begins to have a distinct catch after the middle example, the catch will stop being included in the calculation of metrics for a given rep. If an athlete was looking at mean velocity for each of these reps on the same set, their mean velocity would increase significantly between the example in the middle to the right despite their fatigue increasing and peak velocity actually going down.

Now, looking at this particular example you might think: “Oh, you guys just suck at tracking. Just be better and remove the catch.”

The reason that is untenable is simply because there is a completely smooth continuum of how these reps’ bar paths may look. The catch could be anything from impossible to discern like the left most rep to as obvious as the rep on the right, but also absolutely everything in between. This gray area is where things break down. There is no way we can write the perfect algorithm to do the correct thing in every single case. In many examples we’ve viewed over the years, there’s not an obvious cutoff point between “there’s no catch” and “there is one”.

Getting the delineation of these portions of the movement correct in the extreme cases is not enough. We can effectively guarantee that athletes using our systems are performing movements that will hover on the boundary between discernable and indiscernible catches, and if you’re looking at mean velocity they will see wildly different numbers.

Additionally,  by using mean velocity you will be taking into account portions of the movement where the athlete is applying no force to the barbell (e.g. after the second pull and the athlete prepares for the catch).

Finally, peak velocity is a good indicator of explosiveness, the variable we are trying to train with Olympic movements.

This conclusion may seem a bit extreme, but we believe it is our responsibility to ensure accurate and reliable data collection. We produce easy to use, accurate, and reliable products with the hopes of powering athletic performance. We cannot do this by presenting bad data. We understand our limitations, and we are owning them to ensure the safety and continued performance improvements of athletes everywhere.